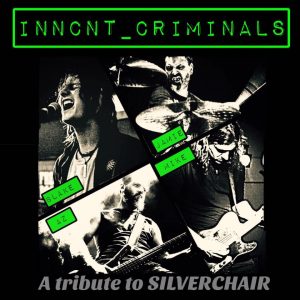 Are you ready for some Silverchair Bunbury…??

One of Australia’s most successful rock bands – Silverchair – released their hard-hitting debut album ‘Frogstomp’ in 1995. Daniel, Ben & Chris were only 15 years old at the time, and the album captures the raw teen angst of the grunge era.

Featuring their first breakout track ‘Tomorrow’, plus fan faves ‘Israel’s Son’ & ‘Pure Massacre’, Frogstomp reached #1 on the ARIA charts and established Silverchair as a force to reckoned with.

Inncnt_Criminals will be performing the album IN FULL – plus a second set featuring Silverchair’s Greatest Hits!