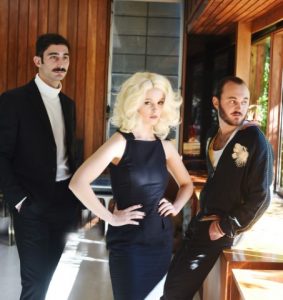 San Cisco are a four-piece indie pop group hailing from Fremantle, Western Australia. Initially whipped up in the wake of high school graduation, the foursome soon found themselves unwittingly defining hipster culture with the video for their breakout hit “Awkward.”

Fast forward to 2015 where San Cisco delivered their sophomore album Gracetown which debuted at #2 on the ARIA charts showcasing a new sound for the band — a more worldly approach to life; exploring the tyranny of love, displacement, homesickness, heartache and heartbreak, via disco, funk, soul and hip-hop undertones.

The group released their third album The Water in 2017 and embarked on an extensive world tour — playing 21 shows in 46 days across America, Europe and Australia.

2018 saw the band play their biggest tour to date in some of Australia’s most iconic venues as well as the release of new single ‘When I Dream’ coming in at #48 on Triple J’s Hottest 100 — the latter’s video of which was filmed in Joshua Tree, California. The single served as the first taste of their upcoming record, due for release soon.